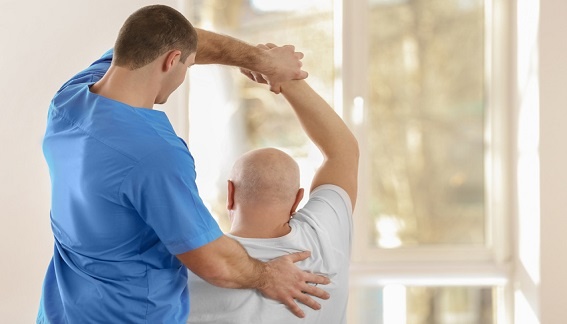 Japanese academics believe that the muscles used in swallowing are necessarily affected by undernutrition. This could lead to sarcopenic dysphagia

Prevalence of dysphagia due to sarcopenia is widespread, yet neglected. Four learned societies in Japan have examined the issue that was first pinpointed in 2005 and became known as “sarcopenic dysphagia” in 2012. Their findings were recently published in Geriatrics & Gerontology International.

Over 68 scientific articles published up to March 2018 link dysphagia and sarcopenia. Several studies point to the muscles used for swallowing being weakened by undernutrition. Many clinical studies report dysphagia in sarcopenic patients.

The leanred societies have drawn up five criteria for diagnosis:

4/ Other causes of dysphagia are excluded,

5/ The main cause considered is sarcopenia (even if others such as a stroke, neuromuscular illness and cancer are also detected)

Diagnosis is definite if criteria 1, 2, 3 and 4 are detected;

Diagnosis is probable if criteria 1, 2 and 4 are detected;

Diagnosis is possible if criteria 1, 2 and 5 are detected;

In older hospitalised patients, lingual pressure (<20,0 kPa) and the strength with which the mouth is held closed are useful indicators of sarcopenic dysphagia.

Treatment of sarcopenic dysphagia requires physiotherapy involving resistance exercises for muscles used in swallowing as well as nutritional intervention(around 35 kcal/kg of body weight per day). On admission to hospital, steps to prevent sarcopenic dysphagia must be taken from the outset. The approach is the same as treatment. For patients admitted with aspiration pneumonia, physiotherapy should commence within a few days to reduce the risk of mortality. 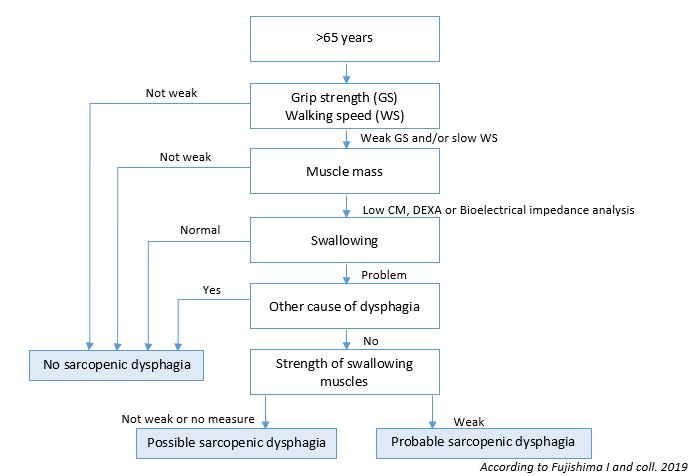