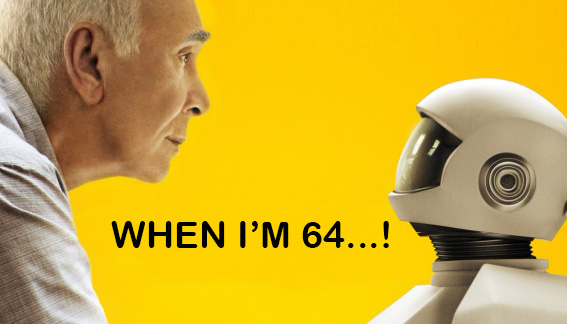 When you first heard it, 64 probably seemed a long way off. Maybe it still is. But if you’re reading this article, then you’re likely to be entering the so-called ‘senior’ category within the next 20 years or so. And you probably have questions.  What will it be like to be 60 in 2041?

You won’t be alone, because, by that time 30% of the French population will be over 60. That’s twice as many people as today, which means twice as many dependents: 2 million, up from 1 million in 2020. And there’s more, or rather, less: public pension funds currently have a deficit of 11 billion. In 2041 it will be 45 billion. Anyway, let’s not go there. What is there to be optimistic about?

We tend to moan about the world revolving around digital devices these days. But for better or worse, the digital revolution will affect seniors. Today’s (and tomorrow’s) seniors have a host of advantages compared to previous generations. Let’s look at the most obvious, the diversity of media. In the next 20 years, Netflix and friends will have taken over television and film production. We can say goodbye to repeats of Fawlty Towers or yet another episode of Friends. So, at least those 50-odd hours a week that seniors spend in front of the box will be more stimulating.

Joking apart, it is a widespread notion that rather than forging ties, social media has cut people off from reality. Yet, for those who live alone, being connected to friends and family via electronic devices can only be a good thing.  Our parents already use WhatsApp, Intsagram and Facebook quite naturally. They use them more than we do. Some are even addicted. Let’s not forget that far from being digital natives, previous generations have had to learn to use devices.

For entrepreneurs, the change in demographics is an opportunity, opening up a huge market for e-health businesses catered for seniors.

Thanks to the multiplication of tracking devices, some health issues can be detected in real time, or even anticipated. Gone are the days of grappling for a panic button if you fall over. These days, a sensor will detect the fall and send a message to your home help, doctor or family member.

Applications that track your heart rate, sleeping patterns etc. are improving all the time and will soon be able to detect and alert to changes in patterns and avert an accident. Simple retina, saliva or urine tests will be performed at home.

Talking of home, your fridge will detect your dietary habits or requirements and order food in consequence. The same goes for your medicine cabinet.

And the Tinder of the home help already exists: HelperBees and CityZen Mobility help you find your perfect carer.

Progress is a fine thing: you can say goodbye to ugly support tights. Circulation problems will be treated via a device attached to feet that will boost circulation via electric stimulation.

Turn back the clock

Virtual headsets such as Oculus will be able to treat anxiety and thanks to that technology, it wouldn’t be unthinkable for an elderly person to be able to spend the day in the body of a twenty-year-old!

These are just a few examples of how technology might affect our well-being as we get older. And it’s just the beginning.