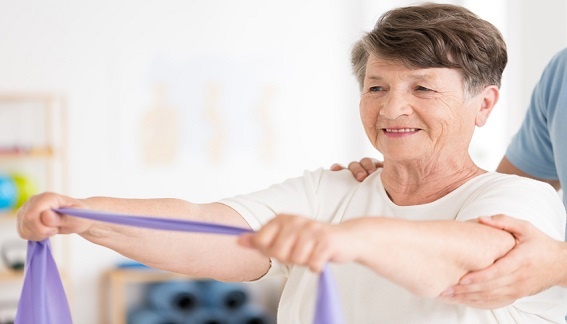 “Sarcopenia may incur before or after metabolic dysfunction. In between, the metabolic storm compromises muscle integrity”, said Yves Borie speaking at a nutrition conference in Nice.

The muscle feeds the molested body

“In 1942, pioneering researchers discovered that muscle is a victim of metabolic dysfunction because it uses its stock of protein to feed the organism.” Even good-quality protein-rich food doesn’t prevent the depletion of stocks.

MUSCLE LOSS IS RAPID AND INTENSE

When the metabolism is put to the test (stress, acute illness, physical exertion, iatrogenic factors), muscle wasting is quick to set in. “It can cause a loss of up to 3 to 4 kg within the space of ten days “, says the researcher. It is often combined with necrosis of muscle fibrils and an infiltration of the macrophages, which means inflammation.

DELAYED FUNCTIONAL AFTER-EFFECTS ARE A SIGN OF SECONDARY SARCOPENIA

Muscle function remains altered for several months after a period of metabolic stress and even after a year recuperation is still only 66%. Five years later, some 30% of patients obtain below-average results in the 6-minute walking test and have a low quality of life score. Secondary sarcopenia (nutrition, immobility or disease-related) sets in.

SARCOPENIA THAT PRECEDES METABOLIC STRESS IS A DEATH RISK FACTOR

Patients should be screened for (primary) sarcopenia on admission to hospital. The European Working Group on Sarcopenia in Older People (EWGSOP2) recommends use of the SARC-F questionnaire to assess physical ability, a tendency to fall and measure muscle strength and mass (using DEXA, scans or BMI calculators). Several tests are used to assess the degree of severity (walking pace, up and go etc.). It is important to recognise sarcopenia because the condition increases the risk of mortality if the metabolism is stressed.

The resistance of protein metabolism stems from an increase in the catabolism of proteins in muscles combined with a reduction in protein synthesis. However, after a few days, resistance diminishes, opening up a window of opportunity to implement a dietary strategy.

Women are most at risk of secondary sarcopenia. Older people are most vulnerable, as are those suffering from under-nutrition or age-related sarcopenia, those with severe inflammation, a sedentary lifestyle, multi-organ dysfunction or those taking corticosteroids or neuromuscular blocking agents.

WHEN AND HOW TO USE PROTEINS?

Studies show that a high protein intake on the third day after a metabolic incident is ideal as the muscle can still be stimulated by proteins and they are likely to be absorbed easily. However, the subject is still open to debate as other studies indicate adverse effects such as an increase in amino acid oxidation and production of urea. Finally, several studies report that dietary lipids could result in insulin resistance and disrupt the muscle protein synthesis. However, it is too early to recommend cutting intake.