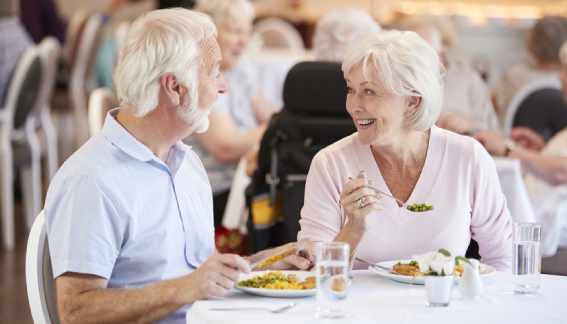 For frail elderly people, sufficient protein intake is essential. A team in Toulouse have found that 1.2 grams of protein per kilogramme of body weight ensures better physical strength in sedentary persons.

In elderly people, frailty is defined as a decline in functional ability, which leads to an increase in the risk of incapacity and dependence and by extension, of mortality. A link has already been established between protein intake and the risk of frailty. Assessing protein requirements for frail persons is essential to prevent muscle wasting and decline in functional ability. A team in Toulouse recently examined the issue. Their findings were published in French nutrition journal Cahiers de Nutrition et Diététique.

A survey of elderly persons living at home

Data was collected from 124 persons with an average age of 82 living at home and having been admitted as outpatients due to increasing frailty. Their eating habits of the previous three months were analysed (duration of meals, food consumed and portions). Their BMI was calculated and their physical ability assessed using the SPPB protocol, which combines results of gait speed over 4 metres, number of chair stands in 30 seconds and balance testing.

A large proportion of participants were classified as frail or pre-frail according to the Fried index. A decrease in physical ability was noted with an average gait speed of 0.9m/s and an average SPPB of 6/12. On average 6 comorbidities were detected, and as many courses of medical treatment. Some 30% of participants had a protein intake of less than 1g/kg/day and 28% only between 1 and 1.2g/kg/day making a total of 57% with protein intake below 1.2g/kg/day. Over 50% were classed as sedentary (less than 2 hours of light exercise per week) and 59% were overweight or obese.

Those who consumed less protein (<1g/kg/day) took more medicine and a larger proportion were obese (51% had a BMI of 30 or more) than those who consumed more than 1g/kg/day (10% were obese). Physical ability was linked to protein intake but only in sedentary participants: an intake of less than 1.2g of protein per kilogramme of body weight per day was linked to a faster gait (a gain of 0.15 metres per second) and almost two more SPPB points. In more active participants, no link was found. The authors conclude that regular exercise has a major influence on physical ability and that nutrition plays a secondary role in the link. Finally, in clinical practice, requirements are often adjusted for overweight or obese patients (when the lean mass is unknown) with an adjusted body weight. In this study, an adjusted body weight led to an underestimation of protein requirements.

– Lack of exercise and low protein intake are frequent in frail elderly persons,

– Intake of > 1.2g/kg/day is associated with better physical ability,

– For a low body weight, intake of 60g of protein per day is a minimum,

– Adjusted body weight should not be used on a BMI of over 25.