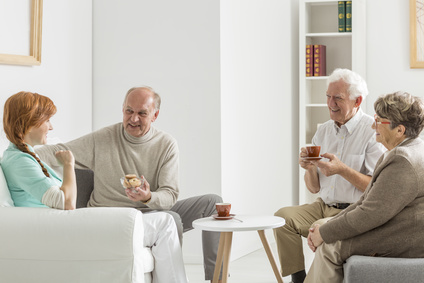 Canadian scientists have examined the factors influencing nutrition levels in elderly patients in long-term care and have found almost a dozen determinants.

Until recently, the causes of inadequate nutrition were thought to be limited to dementia and difficulties in eating. However, a study of 639 residents in 32 Canadian long-term care establishments found the situation to be more complex.

The study covered residents in long -term care (over a month) who consumed food orally, in the communal dining area. Protein and energy intake was measured by weighing food and drink before and after the meal on three non-consecutive days. Diagnoses, medication and diet prescription were also reviewed. Mini-Nutritional Assessment-SF was used to determine nutritional risk. Oral health and dysphagia risk were assessed with standardized protocols. Other information about mealtimes was also recorded: need of help, interaction with staff, environment, atmosphere and feelings.

The average age was 86 years and 69% of the sample were women. Average calorie intake was 1571.9 kcal per day, including 58.4 g of protein. A third of the patients surveyed were in a dementia care unit, 44% were undernourished, 25% required assistance with eating and 50% suffered from oral/dental ill health.

Some factors were specifically related to protein intake, i.e. heavy medication, few teeth, a diet comprising lots of mashed and puréed foods, disregard for personal preferences, emphasis on evening meal, no dietician to plan meals, mealtimes too short, low outlay per patient and little change in menus. Energy intake was found to be largely affected by the age and gender of patients, malnutrition, oral health issues and insufficient daily exercise. Difficulty eating alone, a puréed or liquidized diet and low staff levels at mealtimes also increased the risk of a low energy intake. Patients who regularly received assistance at mealtimes had a higher energy and protein intake while those who only received help occasionally had a lower intake than those who required no assistance. A pleasant dining environment proved to be insufficient. Patients require respectful one-to-one attention at mealtimes. Those in dementia care units were found to have higher energy intake.

In conclusion, the study clearly revealed a need for: